Ecommerce Magic: How Sonntagmorgen Turned a Joke into a Serious Business

“Suddenly we were under extreme pressure. One moment you’re kidding around, the next you need an actual concept. We had no business model, no plan, no product. All we had was a little website where anybody could sign up for more info”.

I’m in a call with Till, co-founder and CEO of Sonntagmorgen.com . He's walking me through the early days of his company, how it all started out as a joke that he can still laugh about today.

Now employing over ten people in Porta Westfalica and Berlin, Germany, Sonntagmorgen doubled its revenues between 2014 and 2015 by roasting and selling hand-picked coffee beans and coffee accessories online.

Till tells us the story behind his most successful joke ever.

Till was sitting at his dinner table with his schoolmate Alex, sipping on an espresso and bouncing off ideas for a coffee-related business . “We had many, for example a platform for people to meet others who drink their coffee the same way. ‘Milk and sugar’ - this could connect millions!”

A stickier idea was that of mixing coffee to match the taste of the individual customer. They came up with a logo and the name ‘Zuckr’ (poking fun at the ‘-r’-frenzy that had just peaked with flickr and tumblr). “We didn't expect it would develop into much, but I reached out to my network anyway. We set up a single webpage with a signup form to receive more information.”

The result, however, was a wave of signups and queries from journalists, scouts and others. “People actually loved our idea. This was cool and all, except that there wasn't any real plan behind it yet.” But they couldn't pull out now. They had struck a note, now they had to deliver. That’s when they really started to think about what would develop into Sonntagmorgen.com.

“The response convinced us that it could actually work out", says Till, "but we had to be sure." Getting another friend, Tamer El-Hawari, onboard, they invested €2000 with the plan of mixing coffee for two weeks.

These two weeks turned into half a year of “refining the whole thing”, during which they set up a website, gained some early growth, and invested in an office and a handful of employees. "We gained momentum", says Till, "and customers loved the site's product configurator." 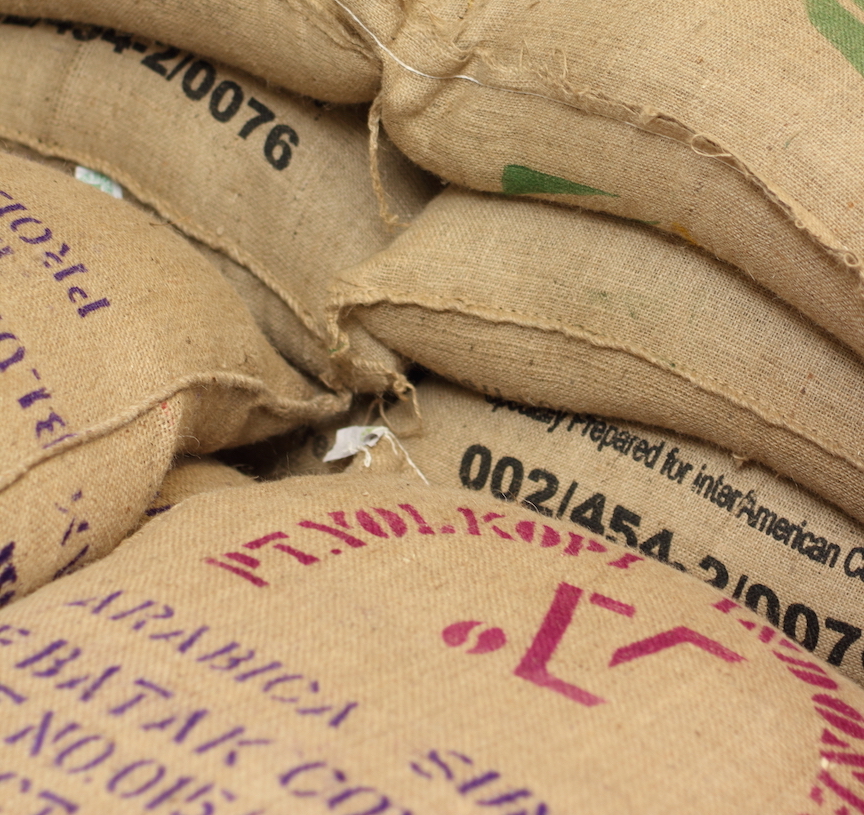 Mixing coffee variants was a good starting point. “Yet we realized that selling truly individual, custom-made coffee would only be possible if we'd take care of the roasting ourselves", Till explains. "We wanted to shape own tastes and buy directly from farmers selected by us.”

In 2012 they cut out the middlemen and built up their own roast house. “An important step towards direct trade and premium-vendorship. Around that time we also started to focus on having sublime coffee variants and selling them like that”, Till recalls. 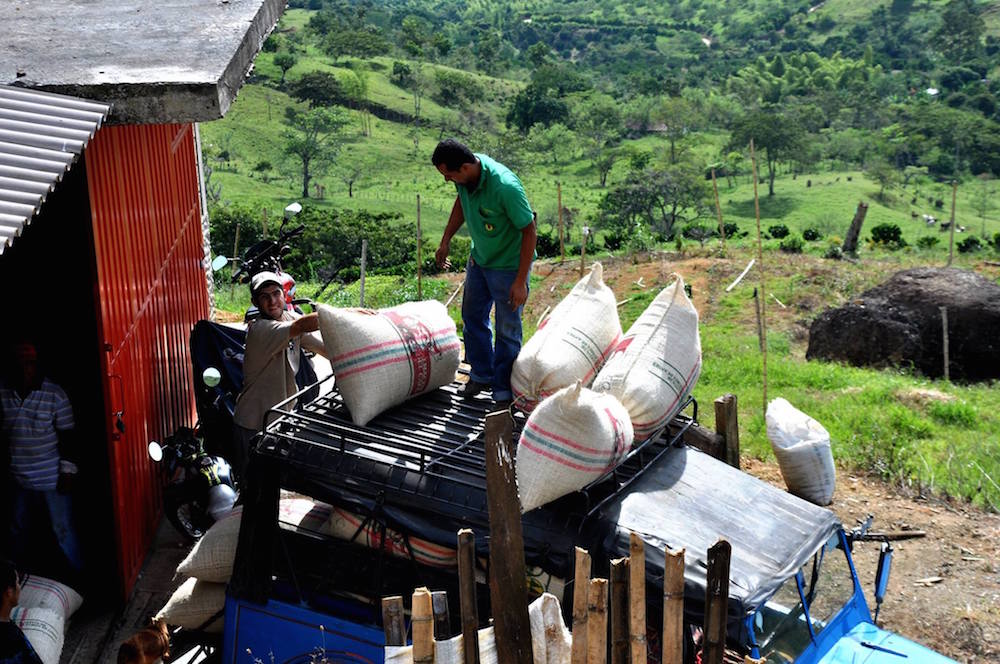 Today Sonntagmorgen selects the beans with an eye for exceptional quality as well as good conditions for all parties involved, from farmers to consumers. Since the mere mixing doesn’t quite fit this new approach, it has been shut down almost entirely.

Instead, the startup is currently pushing their subscription-based service Kaffeebitte.de , which is intended to make their product more accessible. Till and his team also invest plenty of time to improve the roasting techniques, and investing in long-term trade relationships with coffee farmers and importers. 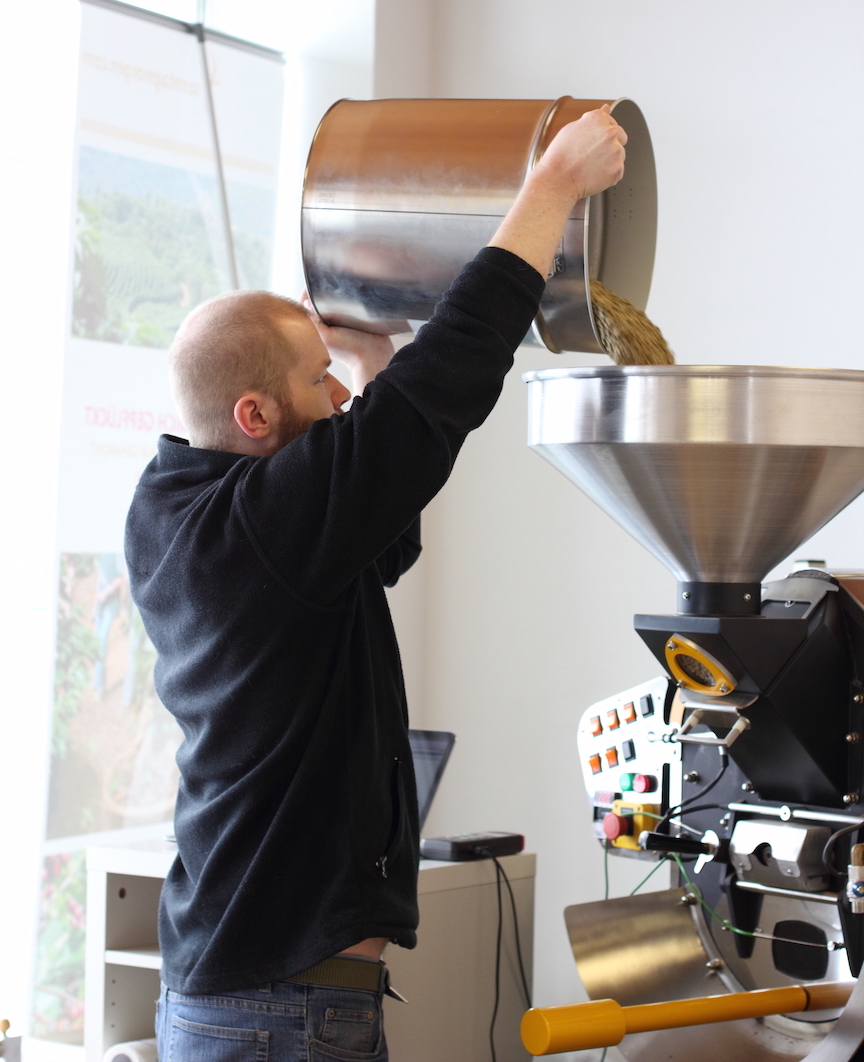 The trend towards conscious coffee consumption and the growing groups of “foodies” certainly benefitted Sonntagmorgen .

To ride these waves, they combined both push- and pull- marketing tactics. This resulted from selling both known brands in accessories and own products, which had to be established first.

“Act, choose - don’t wait to be chosen”, Till recommends here. “If you're the only supplier of a life-changing product, then maybe you can wait for people to come to you. If not, you need to reach out first.” 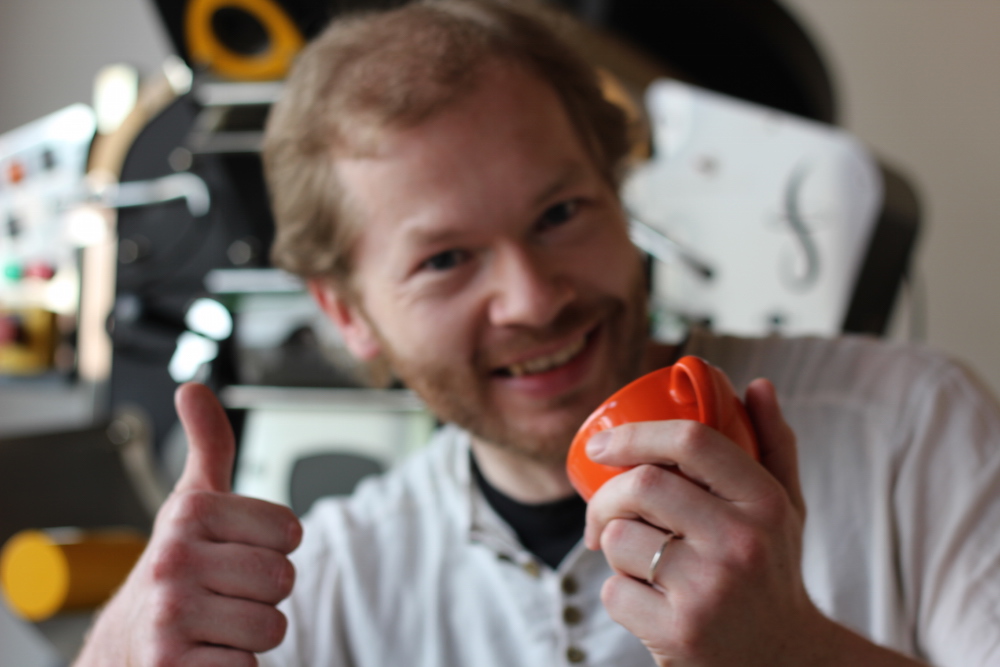 That’s what they did. They attracted their early customers through PR and referrals, mostly on social media. The concept of mass customization suggested using these channels first. "If you're marketing an individualized product you should take it to social media. There you can reach people on an channel that’s more personal than a billboard ad or TV spot."

By now the strategy has shifted towards SEO-based pull marketing, with landing pages for the different ‘use cases’ of coffee and a blog. “When done right, marketing, whether PR, SEO or referral, is good to get the word out. But it's important to remember that it's useless if you don't have a great product to back it up.”

Till leaves us with some advice for aspiring entrepreneurs. For those trembling at the edge of the springboard, too frozen to make the jump.

“I recall how worried we were after the success of the signup page. For no reason. We learned that even if there are justified worries, not giving in to them is necessary for long-term success. Probably you will have to adapt, it won’t work if you force it. That’s why it’s about persistence.”

It helps when you don't take things too seriously. "I see many aspiring entrepreneurs who are fully in love with their own idea. As a result they become fully fixed on it and are unable to adjust their business model to something that would work better. I think the fact that our first concept was kind of a joke made us very flexible.” So, why so serious?